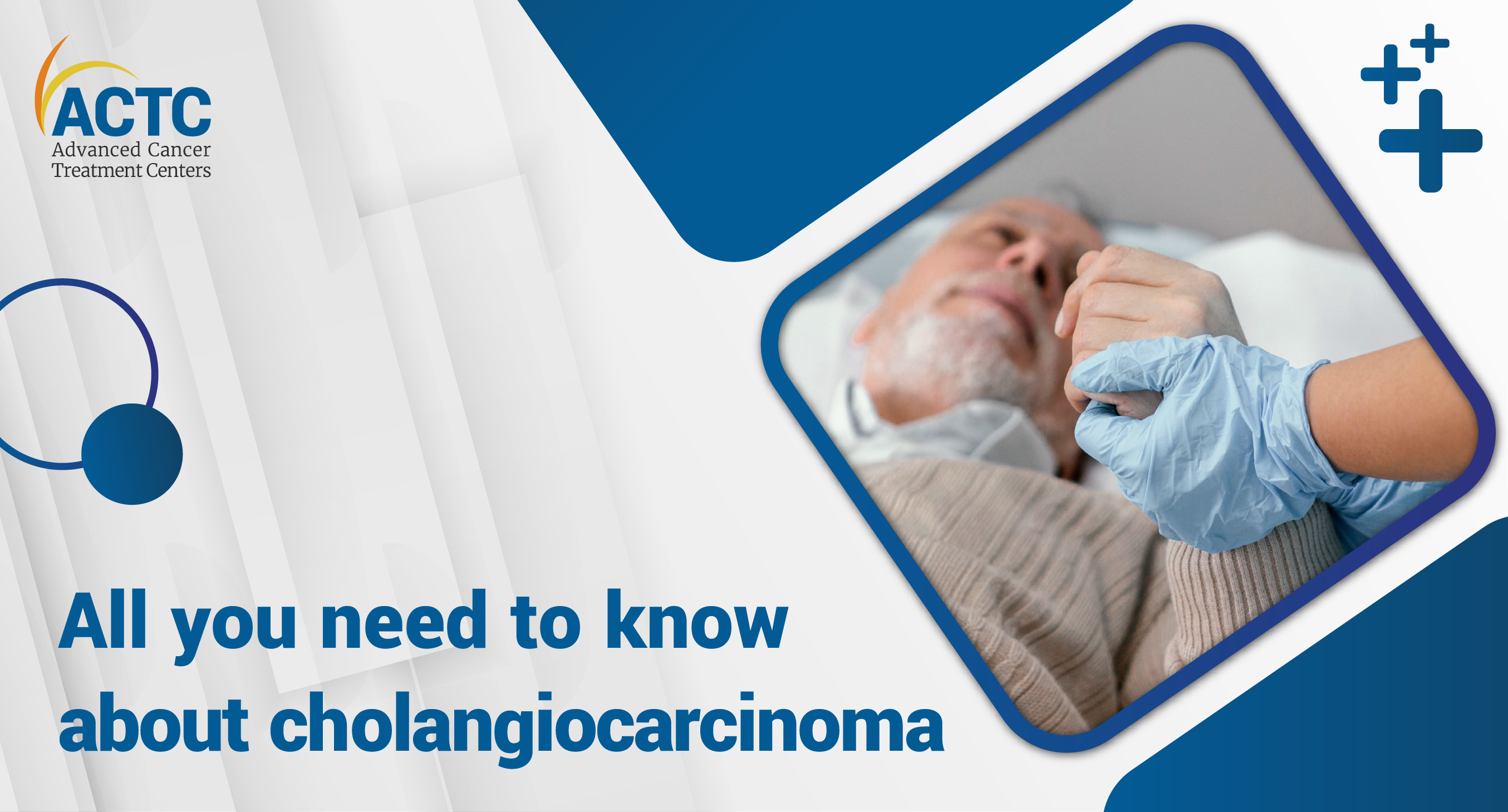 All you need to know about cholangiocarcinoma

The small intestine and the gallbladder are connected by bile ducts in the liver. A rare type of cancer known as cholangiocarcinoma develops in the small tubes (bile ducts) that carry the digestive fluids. Therefore, it is also known as bile duct cancer. Although it can happen at any age, it mostly affects adults over the age of 50.

What are the types of cholangiocarcinoma?

B) Distal bile duct cancer: This type of cancer occurs where the ducts leading from the liver and gallbladder meet. The common bile duct passes through the pancreas and ends in the small intestine. Extrahepatic cholangiocarcinoma is another name for distal bile duct carcinoma.

Signs and Symptoms of cholangiocarcinoma

Until it has spread to other organs and tissues and is in an advanced stage, cholangiocarcinoma usually doesn't show any symptoms. However, due to a tumor blocking a bile duct, patients with this condition may exhibit the following symptoms or indicators. 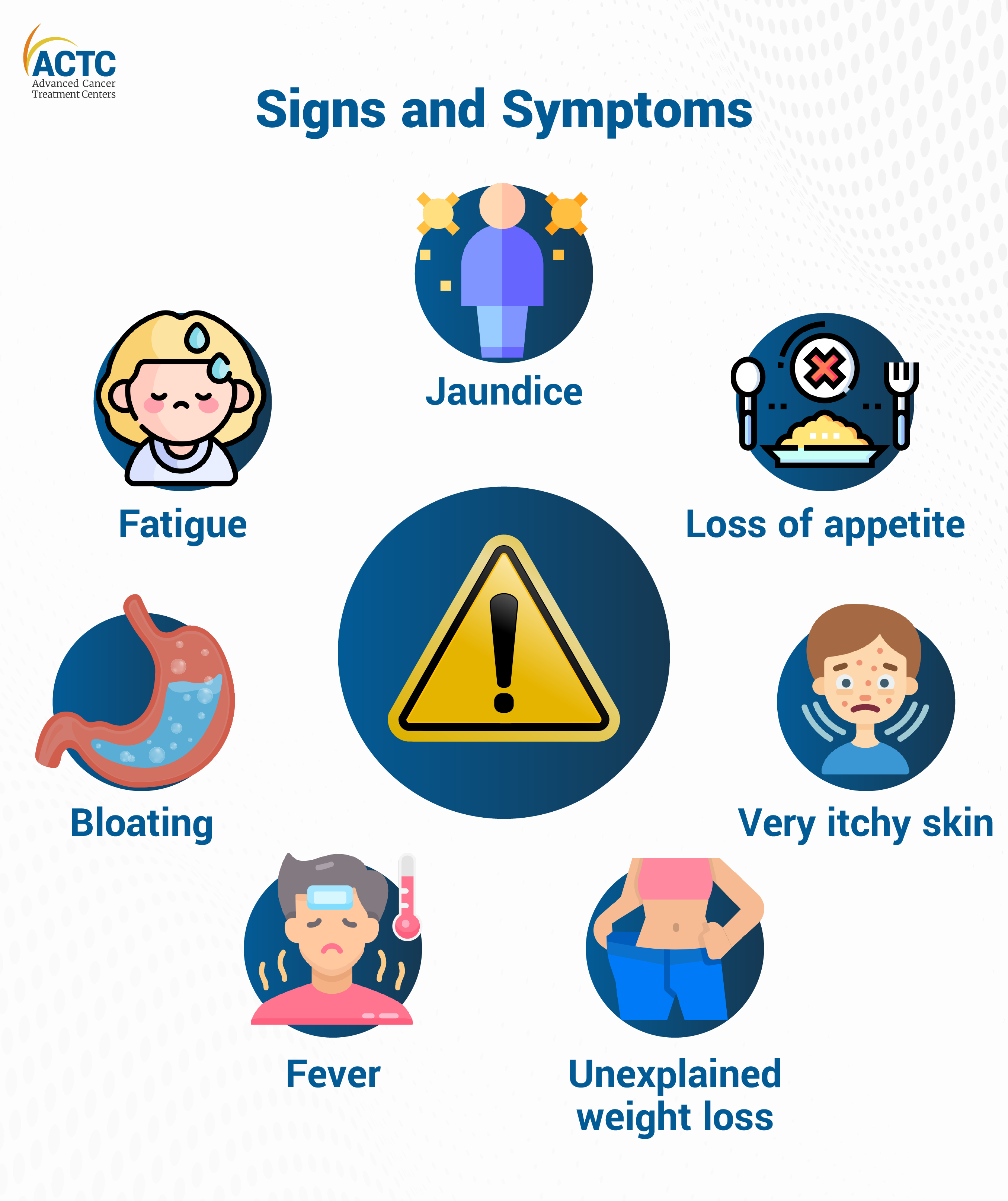 The exact cause of cholangiocarcinoma is not known. But there are several risk factors. These risk factors include: 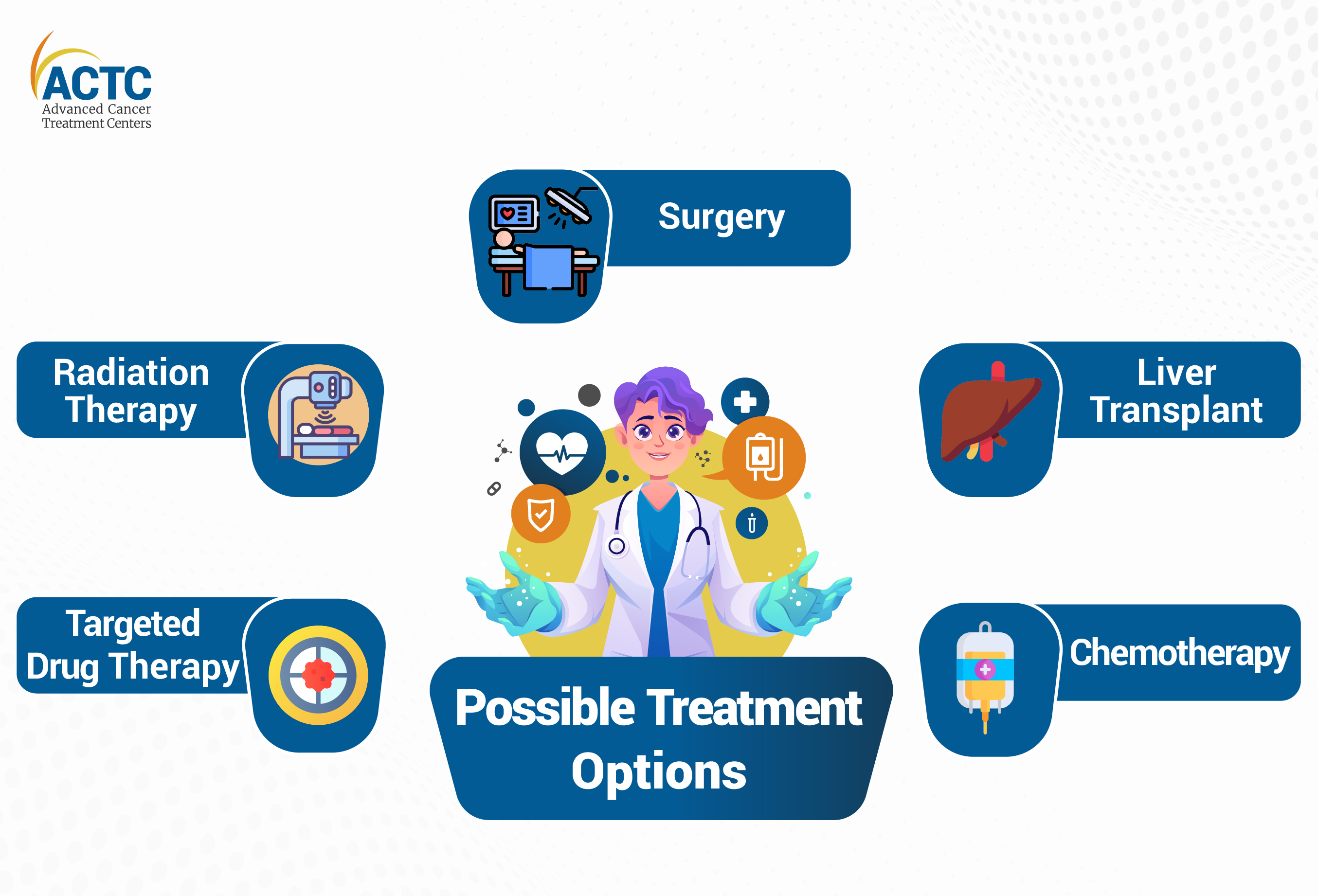 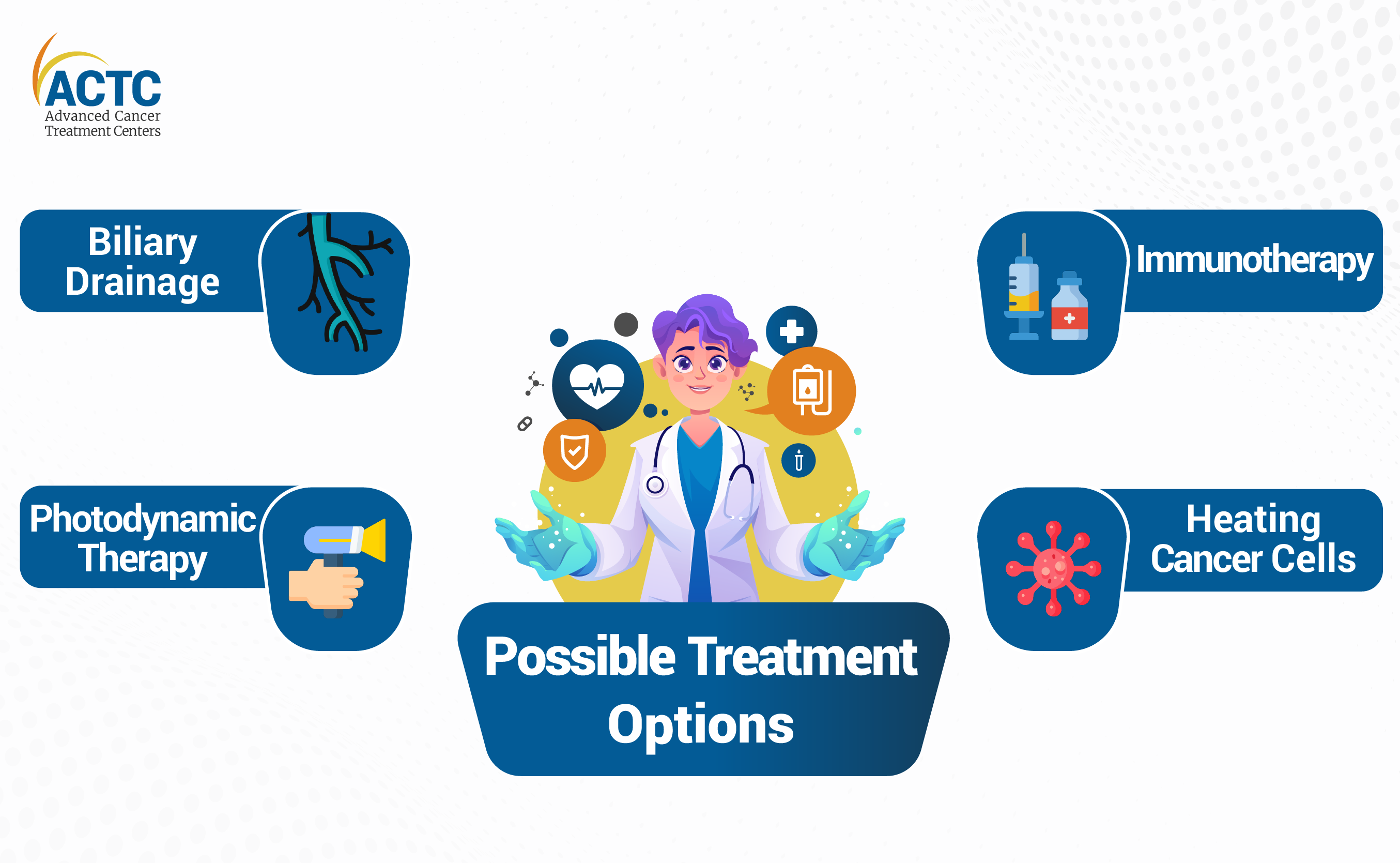 This entails removing the bile duct and reconnecting the cut ends in order to treat very tiny bile duct tumors. Lymph nodes or surrounding liver, pancreatic, or pancreatic tissue may also be removed if bile duct cancer is more advanced.

For those with intrahepatic cholangiocarcinoma, surgery to remove the liver and replace it with one from a donor (a liver transplant) may be an option.

Before a liver transplant, chemotherapy is sometimes administered. Alternatively, it may help slow the progression of cholangiocarcinoma and relieve its symptoms among patients with advanced cancer.

Radiation therapy uses high-energy rays or particles to destroy cancer cells. It is commonly used along with surgery.

Immunotherapy uses your immune system to fight cancer. Immunotherapy may be a viable choice for cholangiocarcinoma when other treatments have failed.

A very mild electric current is used in radiofrequency ablation to destroy cancer cells. The doctor makes a few tiny incisions in your belly and administers the treatment.

In photodynamic therapy, a substance that is light sensitive is injected into a vein which builds up in the quickly proliferating cancer cells. The cancer cells are killed by a chemical reaction brought on by laser light that is directed at the tumor.

A procedure to restart the flow of bile is called biliary drainage. Bile can be drained by inserting a tiny tube into the bile duct. Stents are used to keep a bile duct open to reroute the bile around the malignancy.  Cholangiocarcinoma symptoms and signs are lessened by biliary drainage.

The multispecialty team at Advanced Cancer Treatment Center offers the most recent bile duct cancer diagnosis and treatment options. With our commitment to providing personalized care, we strive to deliver the best possible outcomes to our patients. Schedule an appointment with our expert team for evidence-based cancer treatments.