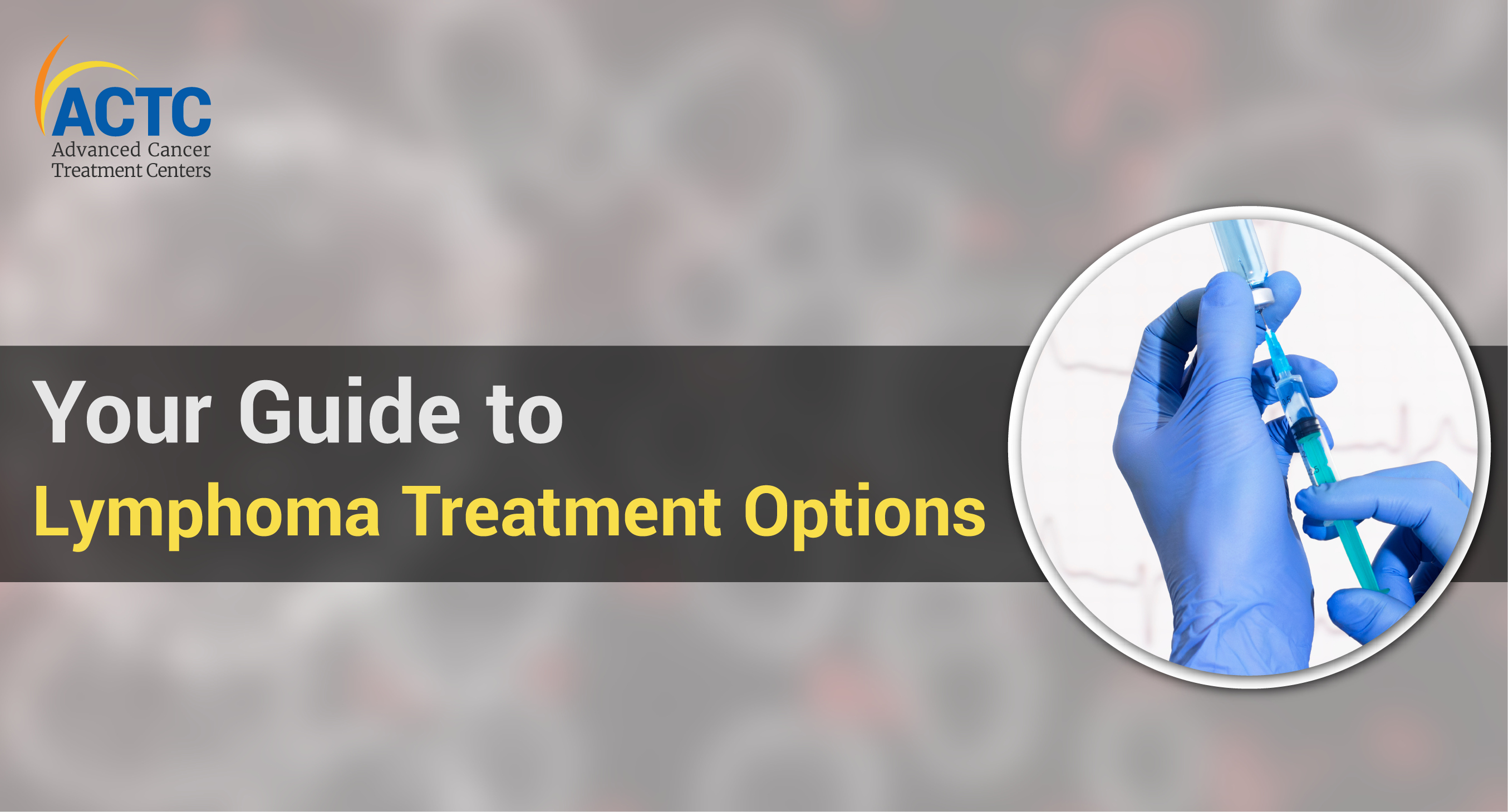 Your Guide to Lymphoma Treatment Options

The most commonly diagnosed form of blood cancer in the United States is Lymphoma. This is a type of cancer that affects lymphocytes, commonly known as white blood cells. Lymphocytes are important in the body's defense against external invaders such as bacteria and viruses.

Those who have autoimmune diseases or those who take immuno-suppressants are at significantly higher risk for lymphoma. Although it is a type of blood cancer, lymphoma can affect any organ in the body.

Lymphoma is a form of malignancy that starts in the immune system's infection-fighting cells called lymphocytes. The lymph nodes, spleen, thymus, bone marrow, and other areas of the body contain these cells. The lymphocytes in lymphoma mutate and expand in a rapid and uncontrolled fashion.

In the large majority of cases, scientists have no idea what causes lymphoma.

People at greater risk include those who are:

Symptoms of Lymphoma and Diagnosis 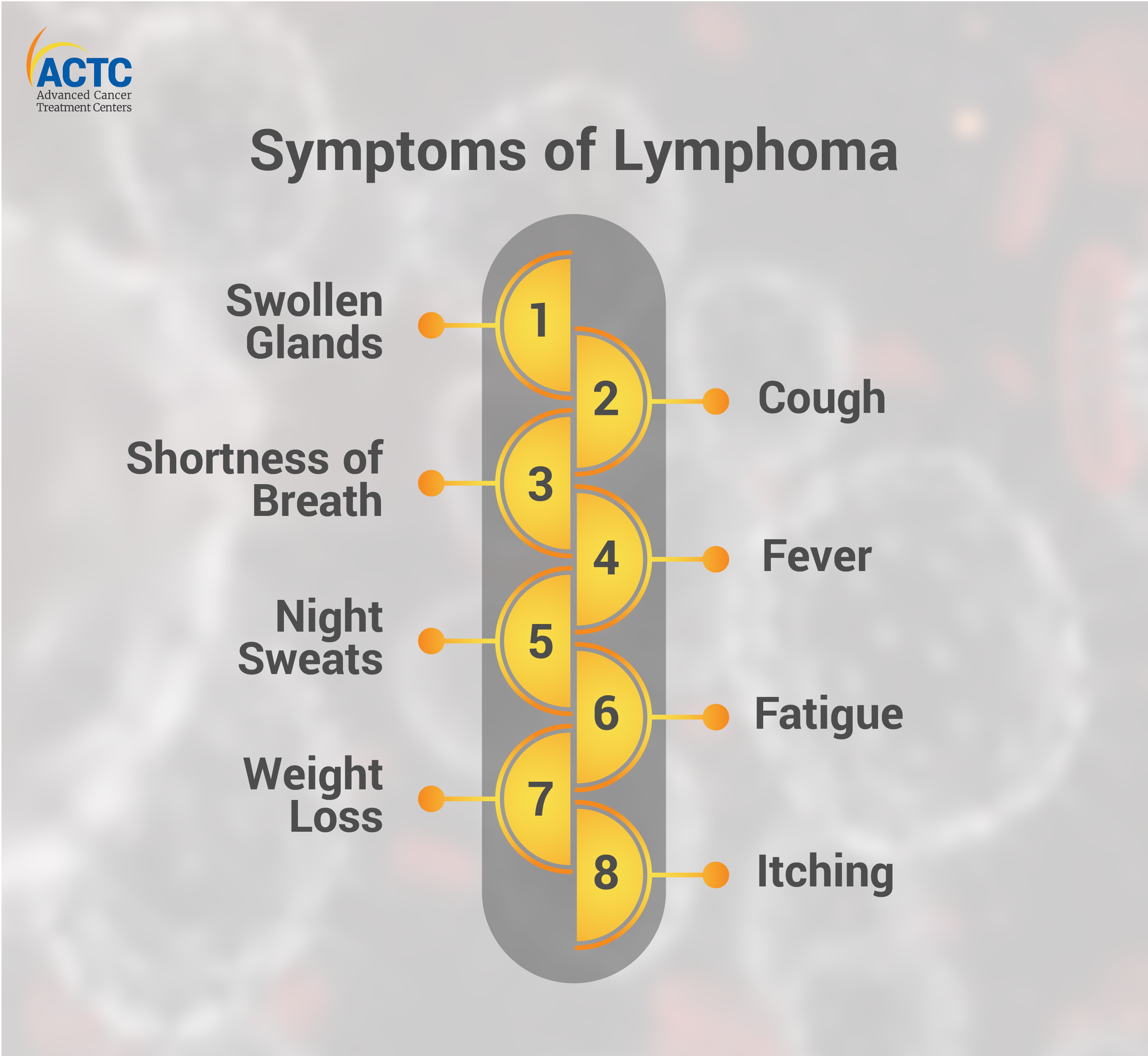 Lymphoma has several warning indicators, including:

Many of these signs and symptoms can also indicate the presence of other disorders. Consult your doctor who will prescribe the diagnostic tests you require.

Your doctor will do a physical examination, which will include a look for swollen lymph nodes. This symptom may not necessarily indicate that you have cancer. Swollen lymph nodes are usually caused by an infection that is unrelated to cancer.

A lymph node biopsy may be performed to look for cancer cells. A doctor will remove all or part of a lymph node for this test, or withdraw a little bit of tissue from the afflicted node with a needle. 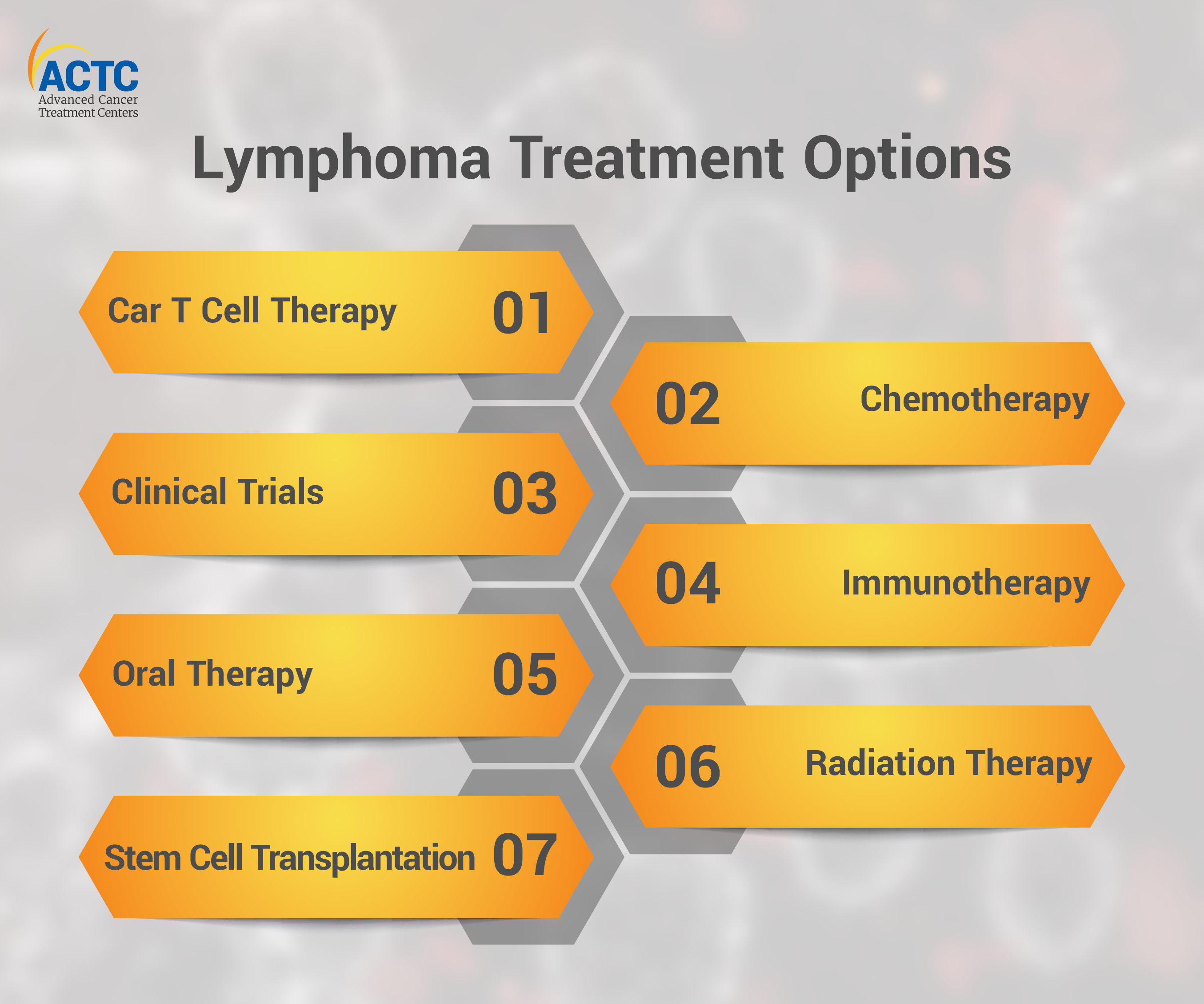 The treatment options for lymphoma vary considerably and are often combined. Your lymphoma treatment plan will be determined by criteria such as your age, overall health, lymphoma type, tumor size, and location.

Treatments for lymphoma include:

Engineered molecules known as chimeric antigen receptors (CARs) are used in CAR T Cell Therapy to recognize and eliminate antigens on the surface of lymphoma cells.

Engineered molecules known as chimeric antigen receptors (CARs) are used in CAR T Cell Therapy to recognize and eliminate antigens on the surface of lymphoma cells.

Chemotherapy is used to kill cancerous cells. It's primarily used to treat cancer that has spread throughout the body, which is known as systemic cancer. Instead of single-agent therapy, many lymphoma patients receive a combination of chemotherapy, which consists of two or more medicines.

Patients at all stages of the disease can benefit from clinical trials. A clinical trial's goal is to safely track a drug's effects on patients over time in order to find more effective treatments for certain conditions. Clinical trials allow patients to receive quality care in a highly controlled and supportive environment.

Immunotherapy (also known as immune-oncology) is a word that refers to treatments that work with the immune system. The immune system's job is to rid the body of dangerous pathogens including bacteria and viruses, as well as cancer cells.

High-energy x-rays are used in radiation therapy (also known as radiotherapy) to destroy cancer cells and shrink tumors. Radiation is a local therapy, meaning it only affects cancer cells in the area being treated. Radiation is sometimes used alone or in combination with chemotherapy for some localized lymphomas, whether nodal or extranodal.

Looking for a Lymphoma Treatment Center?

If you are looking for an advanced cancer care center in Florida for a loved one suffering from lymphoma, we can help. At ACTC, we offer evidence-based cancer treatment that is personalized for each individual. We have some of the most experienced Florida cancer doctors on our team. To schedule an appointment, please call 352-345-4565.

4 ways to cope with side-effects of Radiation Therapy