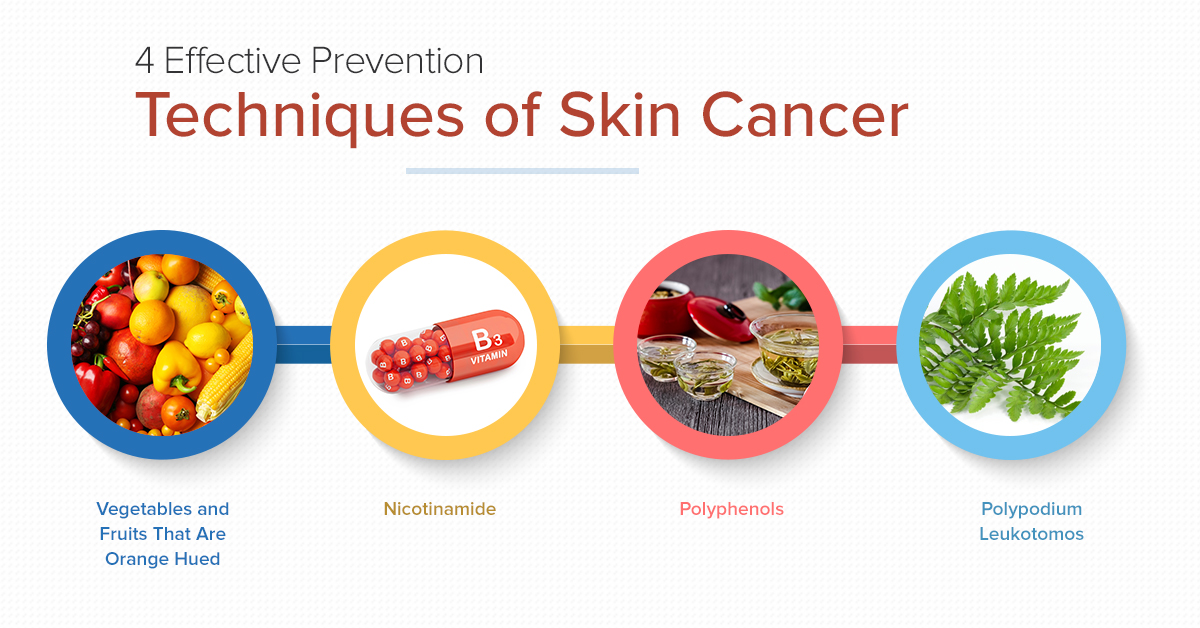 Sunscreen is the first thing that comes to mind when someone talks about protecting their skin from cancer. While applying a good sunscreen regularly is most crucial when it comes to preventing skin damage, a few other things can be beneficial in steering clear of carcinomas related to the skin.

Most people who are aware of the damaging effects of being overexposed to UVA and UVB radiations emitted by the sun are very particular to take steps to minimize the extent of exposure. Many adopt precautionary measures such as slathering sunscreen every day, especially before they step out, covering themselves well to minimize the extent of exposure, and shunning tanning facilities. Aside from taking the steps mentioned above to keep skin cancer at bay, a few easy dietary changes can also be helpful in staving off the risk of developing cancerous cells. Some examples of substances that can increase your body’s resistance to skin cancer are as follows:

Vegetables and Fruits That Are Orange Hued – Such produce is rich in a nutrient known as Beta Carotene which eventually metamorphoses into Vitamin A in the body. Beta Carotene is known to cut down the risk of carcinoma. It also fortifies the body’s overall immunity. Examples of items that contain this compound are – carrots, mangoes, oranges, and yellow bell peppers.

Nicotinamide – Also known as Niacinamide, this compound is a variant of Vitamin B3 and has been recently discovered as a protective agent that helps tone down the damage caused by UV exposure. It is available as an OTC supplement and can be taken every day.

Polyphenols – These are micronutrients that are found in plants and are associated with many health benefits. A kind of polyphenol known as flavonoids found in green tea has shown great promise in the area of skin protection. The anti-inflammatory and antioxidant effects of this compound may be able to restore the DNA in the skin that has suffered overexposure to UV radiation.

Polypodium Leukotomos – An antioxidant found in a fern that usually grows in Central and South American countries, this compound has been in the news lately for its ability to safeguard human skin from the harmful effects of UVB radiation. While the study that arrived at this conclusion was small-sized, it is still worthwhile to give this extract a shot, especially in conjunction with sunscreen.

Besides using the above skin protectants, it is also important to limit your alcohol consumption. Since alcohol abuse has been linked to a heightened risk of many forms of cancer including that affecting the skin, it is a wise idea to stick to the daily amounts suggested by most physicians – 1 drink for women and 2 for men.

For more information on various types of cancers and their treatments, please visit our website – Advanced Cancer Treatment Centers.