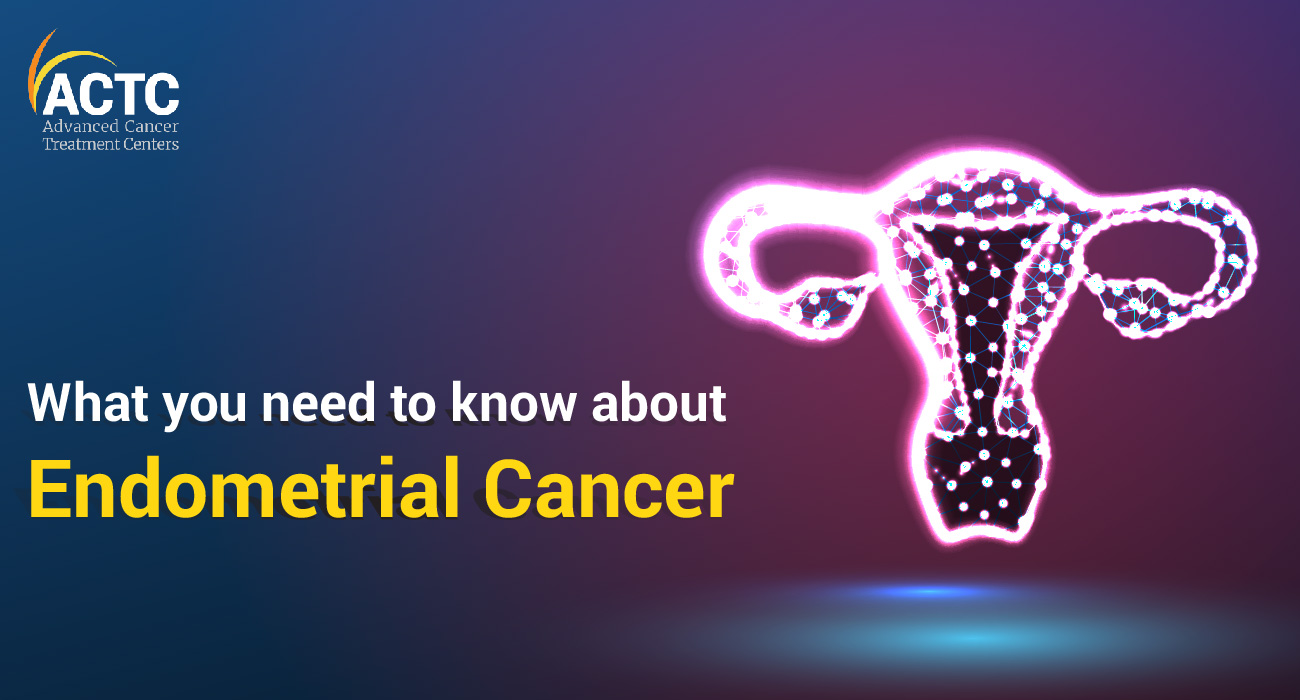 What you need to know about Endometrial Cancer

Endometrial cancer develops when cells in the endometrium (the inner lining of the uterus) begin to multiply rapidly at an abnormal pace.

The endometrium is where the majority of uterine cancers begin, accounting for more than 95% of all cases. Every year, around 46,000 new instances of Endometrial cancer are detected in the United States as per research.

Read more: Vaginal Cancer 4 Preventative Measures That Can Cut Down Your Risk 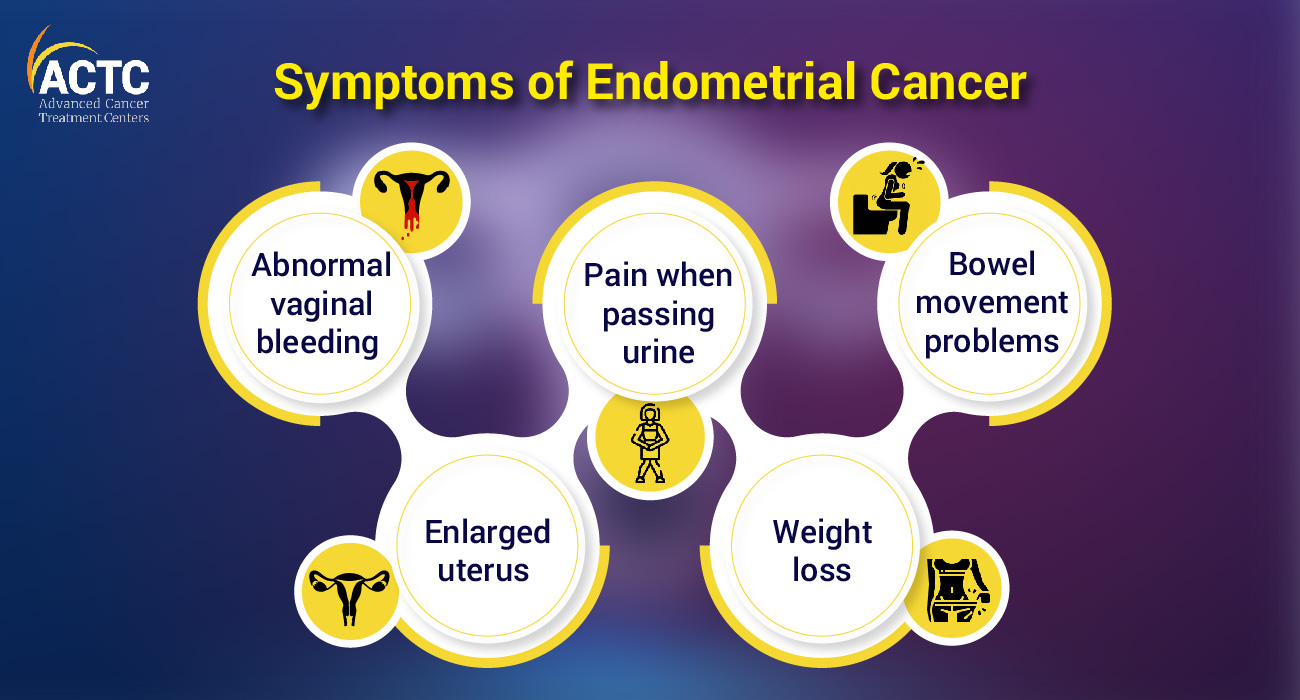 The following are the Symptoms that can occur in the case of Endometrial Cancer :

Apart from these, general weakness and pain in the lower abdomen, lower back, and legs can occur if cancer has spread to other parts of the body. 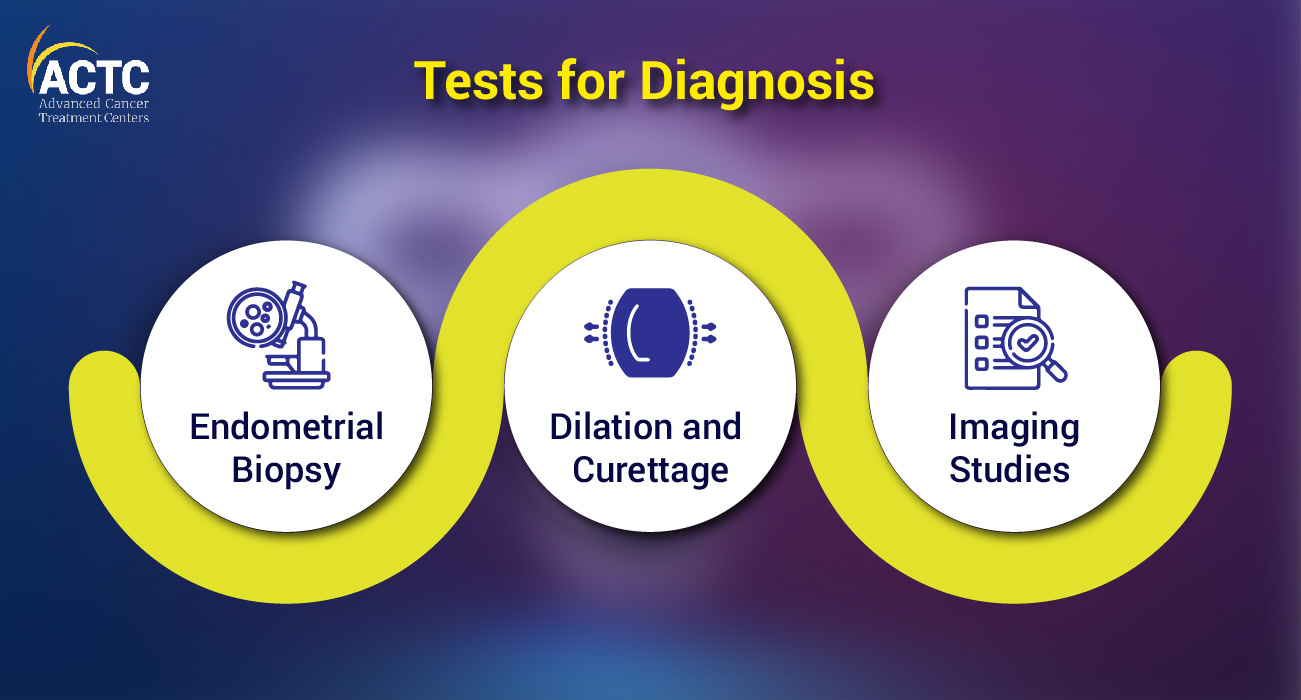 If you or a loved one have indications of Endometrial cancer, your doctor will likely first conduct a general physical examination followed by a pelvic examination.

Endometrial cancer is diagnosed by taking a small sample of tissue from your endometrium and examining the cells under a microscope. This procedure is called Endometrial tissue sampling. This is a pre-test procedure - and is followed by tests for actual diagnosis.

There are usually 3 ways in which Endometrial cancer can be diagnosed :

An Endometrial biopsy is the most common and accurate test to diagnose Endometrial cancer. A thin, flexible, straw-like tube is inserted into the uterus and a small amount of endometrium is scraped or suctioned out and sent for testing.

The most common reason a woman needs a D&C instead of an Endometrial Biopsy is if she has cervical stenosis, which means the channel through her cervix is either too narrow or totally closed to allow for a biopsy. Women rarely require dilation and curettage (D&C). To open the cervix, a tiny tool called a dilator is inserted. The doctor next scrapes some tissue from inside the uterus with a spoon-like tool called a curette.

In some situations, the doctor may order imaging tests to learn more about cancer - including the degree to which it has spread. It's possible that an X-ray, ultrasound, CT scan, or MRI will be required.

Doctors use tests to determine the stage of Endometrial cancer once it has been detected. The process of staging include ascertaining the following :

Based on these factors a specialist will determine the best course of treatment available. 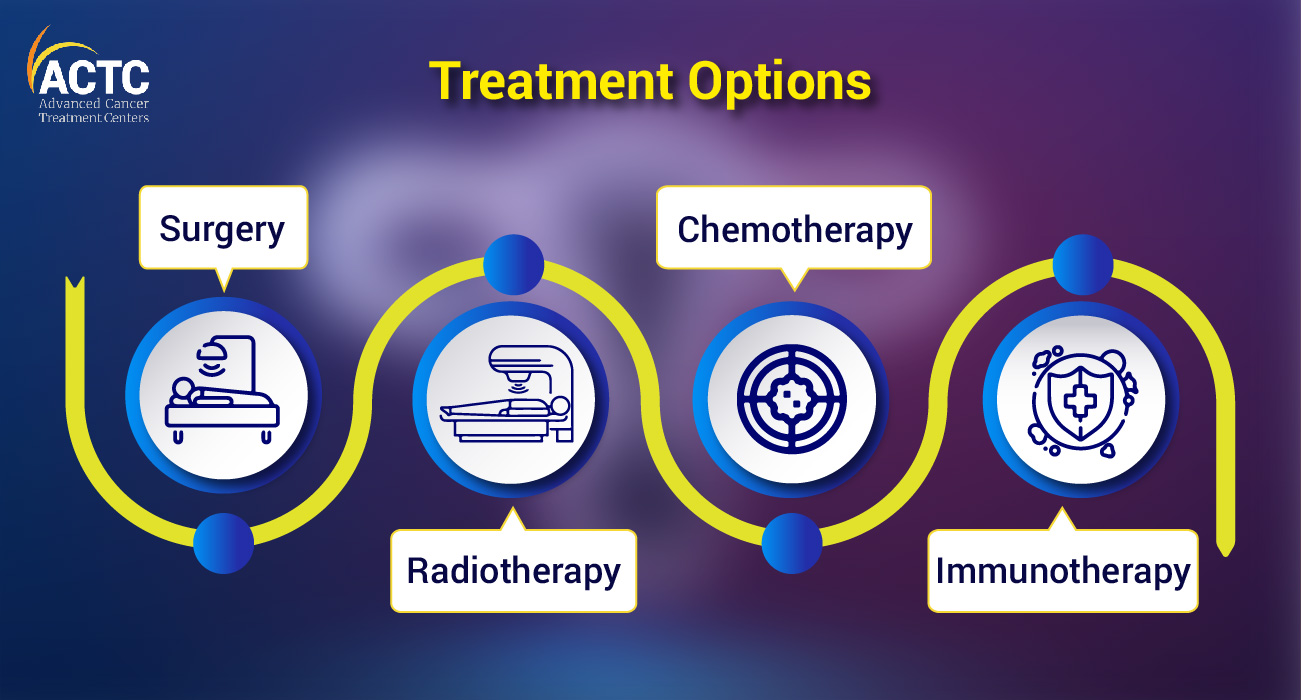 Endometrial cancer can be treated using the following methods :

Surgery is the most preferred treatment option for Endometrial Cancer, which includes a hysterectomy, often in combination with a salpingo-oophorectomy (surgery to remove the ovaries and fallopian tubes) and lymph node removal. Pelvic washings, omentum removal, and/or peritoneal biopsies may be performed in some circumstances. A debulking procedure (removing as much cancer as possible) could be performed if cancer has spread throughout the pelvis and abdominal areas.

Endometrial cancer is also commonly treated with radiation - following surgery. It can kill any cancer cells that remain in the treated area. A patient will be given time to recuperate before commencing radiation if their treatment plan includes post-surgery radiation. The course of treatment as per Radiation Oncology differs from case to case basis several factors. When it comes to evaluating Radiation Oncologist options - consider ACTC as they provide this form of therapy. Our providers are amongst some of the Best Radiation Oncologists in Florida.

One of the most common and preferred treatment protocols is immunotherapy. It uses components made by the body or in a laboratory - to improve, strengthen, or restore immune system function. An immune checkpoint inhibitor called pembrolizumab (Keytruda) is used to treat Endometrial cancer that has recurred or spread to other regions of the body following chemotherapy.

Chemotherapy is the use of medications to kill cancer cells by preventing them from growing, dividing, and producing new ones. These medications are absorbed into the bloodstream and circulated throughout the body. When Endometrial cancer has gone beyond the endometrium to other parts of the body and surgery isn't an option, chemotherapy is frequently prescribed.

If you are in or around Florida and are searching for a Cancer treatment center near you ACTC is one place you should check out. Our patients are our top priority at ACTC. Our doctors, specialists, and support personnel are caring, skilled, and experienced in their work. They are dedicated to excellence, and also their patients' health, happiness, and, most importantly, their comfort and speed of recovery.