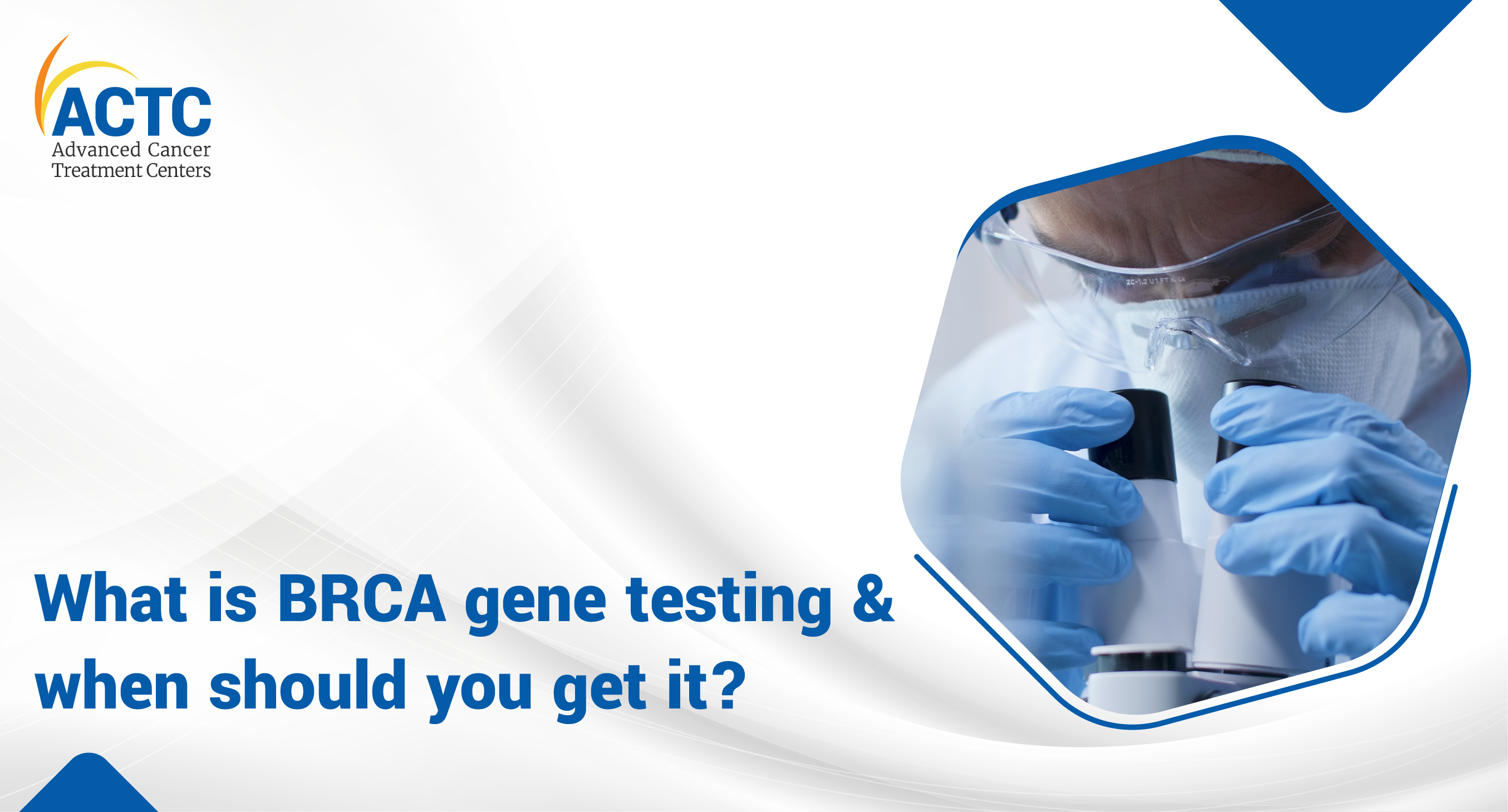 What is BRCA gene testing and when should you get it?

Genes are parts of DNA that you inherit from your parents. Your unique traits are determined by your DNA, such as your height and eye color. Many health conditions are also genetically influenced. Genes such as the BRCA1 and BRCA2 genes make proteins that prevent tumors from forming by protecting the body’s cells.

What is a BRCA gene test?

A BRCA gene test uses DNA analysis to identify harmful changes (mutations) in either of the two breast cancer susceptibility genes - BRCA1 or BRCA2. Compared to the overall population, those who inherit mutations in these genes are more likely to develop ovarian and breast cancer.

Who should get the BRCA gene testing done? 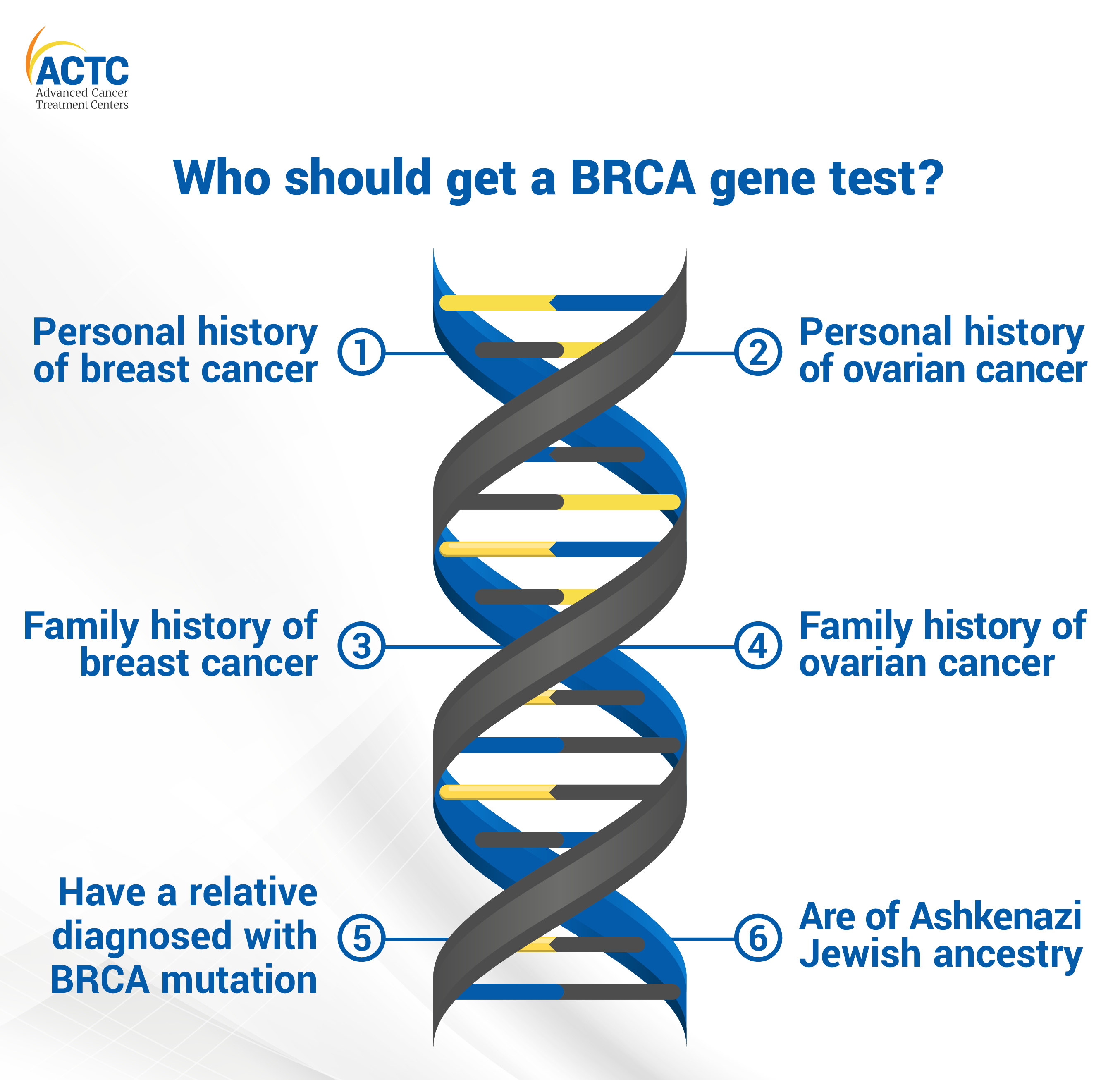 Most people are not advised to undergo BRCA testing. Only 0.2 percent of Americans have BRCA gene mutations, making this condition extremely uncommon. However, if you believe you have a higher chance of having the mutation, you might choose to take this test. Having a BRCA mutation is more likely if you:

If a family member has been diagnosed with breast or ovarian cancer, it is recommended for them to undergo the BRCA gene test first. Other family members may not need genetic testing if this person doesn't have the BRCA gene mutation. There might be further genetic tests to consider, though. Based on your personal and family history, a genetic counselor can assist you in deciding what additional genetic testing you should go for.

What happens during a BRCA genetic test?

A small needle will be used by a medical practitioner to draw blood from a vein in your arm. A small amount of blood will be collected into a test tube or vial once the needle has been placed. Usually, this only takes a few minutes.

Does the test require any preparation?

For BRCA testing, you don't need to make any special preparations. To determine whether the test is appropriate for you, you might first wish to speak with a genetic counselor. You and your counselor may discuss the advantages and disadvantages of genetic testing as well as the potential implications of certain outcomes.

Following your test, you should consider receiving genetic counseling. The potential medical and emotional effects of your results on you and your family can be discussed with your counselor.

What are the results I can expect and what do they mean? 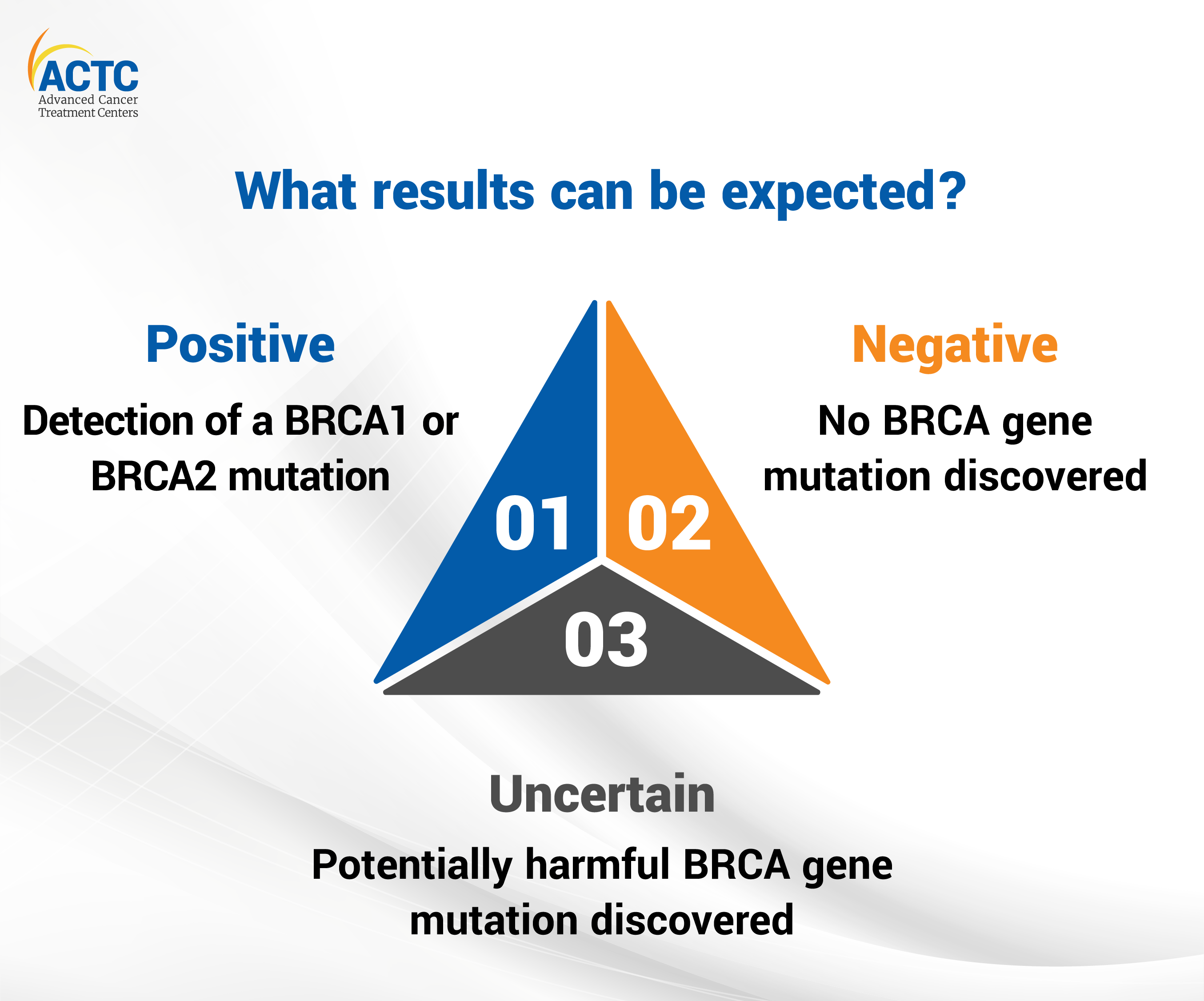 Most outcomes are classified as uncertain, negative, and positive and often indicate the following:

New gene tests are being developed, and research into gene variants that raise the risk of cancer is ongoing. Your doctor could advise repeat testing using more recent techniques if your gene test was performed more than five years ago. Your doctor can also suggest additional gene testing if your family health history changes, such as if more family members are diagnosed with cancer.

Stay updated and aware of information relating to cancer by keeping track of our latest blog posts.