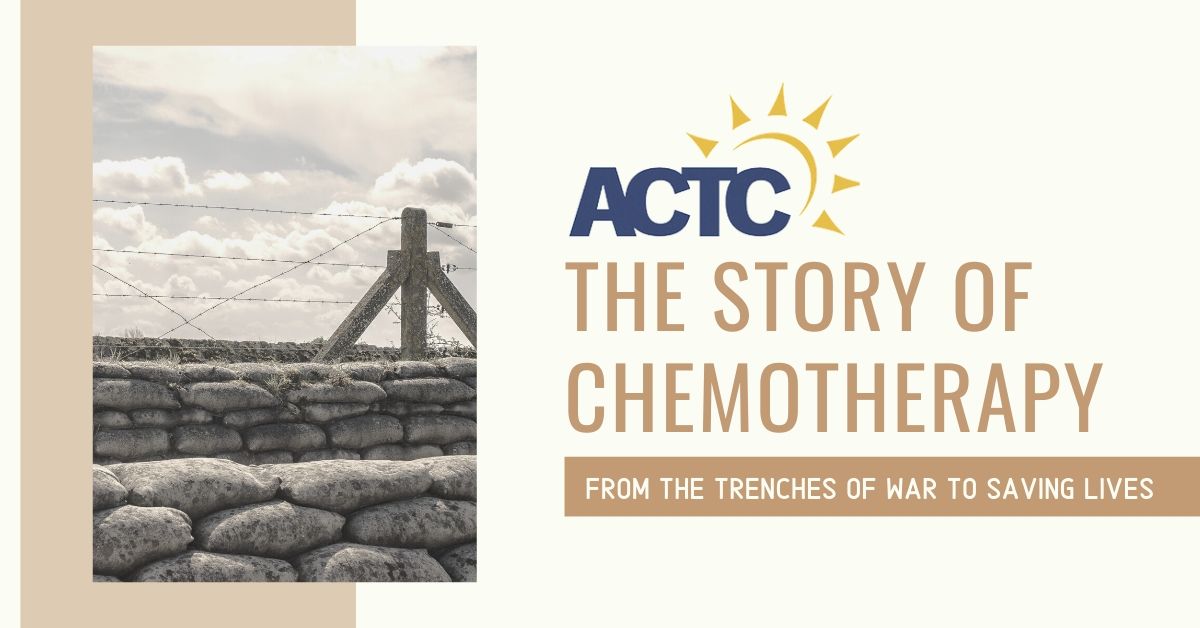 For many people, just hearing the words chemotherapy can bring on emotions of fear and uncertainty. While chemotherapy is a common treatment that the majority of people know of, many don’t understand what chemotherapy actually is.

So, what is Chemotherapy?

Chemotherapy refers to the practice of using specific chemicals as treatment for a disease, such as cancer, bacterial infections, and other diseases.

Cancer Chemotherapy- When most people think of chemotherapy, they think of its uses in treating cancer. To treat cancer using chemotherapy, doctors give the patient cytotoxic agents.  The “cytotoxic” agents are toxic to cells and work by targeting cancer cells to destroy them. While doctors do everything they can to prevent it, sometimes the cytotoxic agents can damage healthy cells that divide rapidly, similarly to the abnormal cancer cells, such as hair follicles and cells in the digestive track. Doctors schedule chemotherapy treatments in cycles, with long periods of rest between treatment sessions, to limit the possible side effects.

Other Uses for Chemotherapy Treatment- Other than its uses for cancer and infections, chemotherapy is also for other conditions. Chemotherapy can be utilized in treating autoimmune diseases, dermatomysoitis, lupus, multiple sclerosis, and rheumatoid arthritis. It is pretty amazing how many conditions chemotherapy can help treat.

A common idea is that chemotherapy is nothing but injecting poison into the body. While we have come a long way from injecting random substances into lab rats and seeing what happens, it isn’t too far off from where the idea for chemotherapy began. The idea came from the effects of one of the most feared weapons used during World War I, mustard gas. That’s right, one of our first weapons against cancer did not come from a hospital, but from the trenches of war.

Mustard gas was first used during World War I and quickly outlawed under the Geneva Convention due to the horrific effects it had on soldiers and the surrounding land. Despite it being outlawed, over 2,000 of these nitrogen mustard bombs had been secretly stockpiled on a ship, the SS John Harvey, and anchored at Bari, an Italian military base. During a German air raid during World War II, this ship was blown up, which detonated its secret cargo. From the untold death and suffering caused by this disaster, began the seed from which chemotherapy would grow. Chemical warfare experts were sent to the accident and noticed some interesting effects on those who had died from the mustard gas, they had very few lymph and bone marrow cells. Cells that multiply very fast naturally in the human body.

While very little was known about cancer at that time, one of the few known facts was that cancer cells divided at much faster rate than most normal cells in the body, similar to healthy lymph and bone marrow cells. Following the idea of “the dose makes the poison,” scientists began their own war on cancer, hoping that low doses of these mustard agents would be able to treat the rapidly dividing cancer cells.

Experimenting and treating cancer with early chemotherapy was dangerous and largely unpredictable. Using cyclonphsphamide, the active ingredient in nitrogen mustard, the scientists had a breakthrough that many did not think would be possible, the tumors shrank! While miraculous, this treatment was forced to stop when the side effects became life threatening. By altering the doses and working with different substances, scientists have come a long way from those first experiments.

All life starts at the cellular level, including diseases. When disease-causing cells can be found in the early stages, they can often be treated before they spread and cause more harm in the body. For most diseases, the cells are structured very differently than our own healthy cells. However, cancer cells are actually made up of our own cells, slightly altered, which makes them challenging to treat. For a while, it was thought that our only chance of treating cancer was to attack all quickly growing cells in the body and dealing with collateral damage caused by this treatment later. This practice was destructive, causing many unneeded side effects.

Thankfully, we have come a long way from these early practices of cancer treatment. While certain side effects are unavoidable, depending on the type of cancer being treated, we are no longer blindly fighting cancer and letting the body deal with the fall out. Instead of attacking the entire body, we have learned how cancer works and use targeted therapy to destroy only what is necessary. In just the last few decades, we have discovered that many types of cancer have special features that separate them from our own healthy cells. These differences allow us to create cancer specific drugs that can target just the cancer cells, leaving the healthy cells alone.

An example of this would be a protein called HER2. HER2 is found in high levels in about 25% of all breast cancer cells, but normal, healthy cells have hardly any of this protein. Herceptin is a drug that works by attaching itself to HER2 and destroying the cells that contain the protein, allowing doctors to target only the cancer cells. The very first patient to be treated with Herceptin was expected to die within months but, with the help of Herceptin, was able to live decades longer. It was also discovered that around 70% of breast cancers are completely dependent on the hormone estrogen. By using drugs that block these cells’ ability to absorb estrogen, patients that previously this diagnosis would have been considered a death sentence are able to be cured and live long lives.  It’s not just breast cancer that have these special features. Many of those diagnosed with melanoma carry a particular mutated gene called BRAF600E, which has allowed doctors to use drugs like Zelboraf to attack this mutated gene, doubling the survival rate for these patients.

Despite there being breakthroughs with cancer treatment every day, cancer is a clever and devious disease. Everyone talks about the need for a cure-all cure for cancer, a single miracle treatment that will cure any type of cancer thrown our way, but that won’t be possible. The word cancer does not describe a single disease but a large and diverse family of different diseases, all with different characteristics. While there are still many battles to be won against cancer, with the help of chemotherapy and targeted drugs, we are closer every day to winning the war on cancer and a future where we can think of cancer as just another illness and not a death sentence.