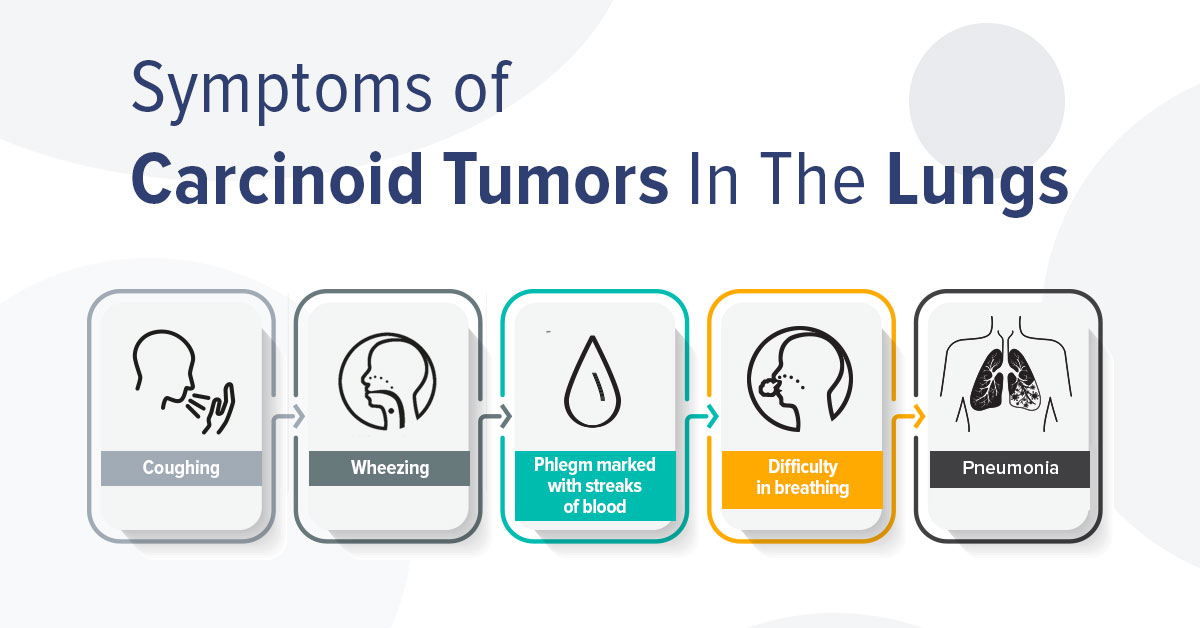 Carcinoid Tumors In The Lungs A Snapshot

Most carcinoid tumors appear in the intestines; however, a quarter of them show up in the lungs as well. Read on to learn more about this variant and the protocols used to fight it.

Carcinoid tumors are not a well-understood carcinoma. They consist of abnormally multiplying neuroendocrine cells that may secrete hormones and neurotransmitters, therefore, giving rise to unusual symptoms. Tumors of this variety are typically slow evolving and often stay contained in one region of the body without metastasizing. While it is rare for such malignancies to grow in the lungs, 3 out of 10 cases are found in this region.

Unlike other malignancies that take root in the lungs, these tumors are not linked to smoking or prolonged exposure to pollutants. A few factors do increase an individual’s risk of developing such a condition. These include:

Since the progress of such tumors is slow, it is common to not notice any unusual signs at all for quite some time. People often find out about such growths as a matter of chance, when they get tests like a chest X-ray done for some other pulmonary problems. The extent to which a tumor has grown determines the type and intensity of the symptoms. A significantly large growth may produce the following effects:

Additionally, if the malignancy is causing excessive production of hormones, it may trigger these effects:

For more information on various types of cancers and their treatments, please visit our website –Advanced Cancer Treatment Centers

Bone cancer : What do you need to know

What Is Colon Cancer How Can It Be Treated

Understanding The 5 Stages Of Colon Cancer

What You Need to Know About Melanoma