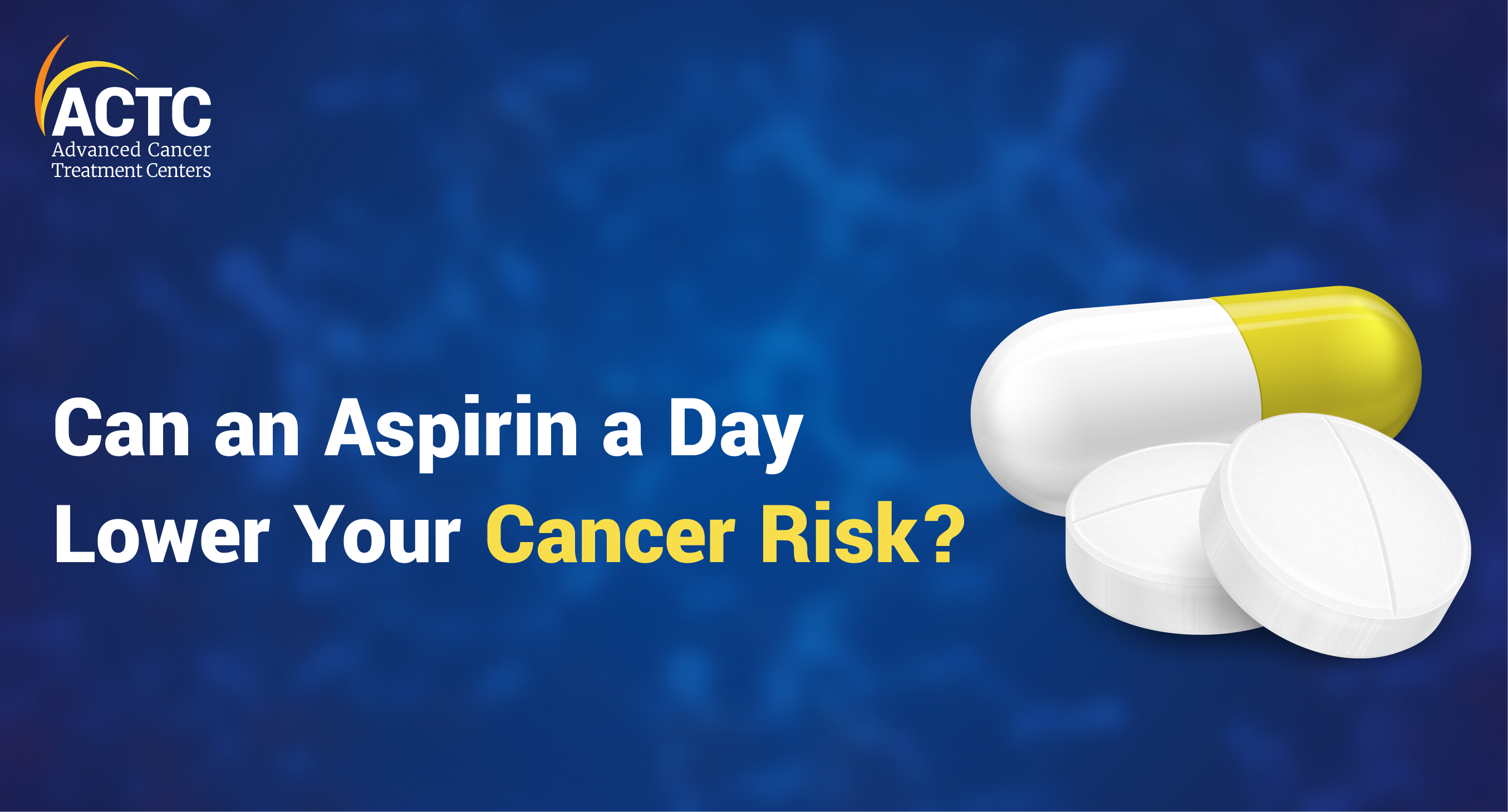 In the US, many adults take aspirin to reduce their risk of heart attack or stroke. However, studies over the last two decades have suggested that regular use of aspirin may have another significant benefit: reducing the risk of developing some types of cancer.

The most positive effects of aspirin are its ability to suppress an enzyme known as COX2 that triggers inflammatory responses like fever, joint pain, and headaches. At the same time, aspirin also inhibits another enzyme of the COX family – COX1 that controls the blood-clotting process. This characteristic safeguards you from abnormal clotting that causes most cardiovascular issues.

The US Preventive Services Task Force (USPSTF) recommends that aspirin can be used to help reduce the risk of cardiovascular disease and colorectal cancer  for some people. Researchers continue to investigate critical questions such as - how aspirin can reduce the risk of colorectal cancer and if so, can the regular use of this drug prevent other cancers ?

On the basis of their analysis, the research team estimated that regular aspirin use could prevent nearly 11% of colorectal cancers and 8% of gastrointestinal cancers diagnosed each year in the United States.

Additionally, several randomized clinical trials have shown that aspirin use "at any dose" can reduce the incidence of any polyps (abnormal tissue growth on a mucous membrane) and advanced polyps. The polyps can be precursors to colorectal cancer.

Does Aspirin Reduce the Risk of Other Cancers?

It remains to be seen whether aspirin can reduce the risk of cancers other than colorectal cancer. In a recent Harvard study, aspirin use was not linked with a reduced risk of the other most common cancers.

Several studies about aspirin cancer risk often have crucial limitations, including missing information on critical factors like aspirin dose and duration of use.

The efficiency of aspirin against cancer may depend on biological factors such as cancer type. For example, some studies have suggested that NSAIDs like aspirin may not be as effective at preventing cancer in women as in men.

As discussed, studies suggest that people who regularly take low doses of aspirin may have reduced risks of being diagnosed with cancer. But new findings from a randomized clinical trial called ASPREE suggest that this may not be the case for the elderly.

The study included approximately 19,000 generally healthy people over the age of 70. Those who took 100 mg of aspirin every day were no more likely to be diagnosed with cancer than those with a placebo. However, they did have a greater likelihood of being diagnosed with advanced cancer and dying from cancer.

The other risks and potential side effects include gastrointestinal bleeding, liver problems, kidney problems, low blood pressure, etc. The population that primarily develops cancer (people over age 50) also has a greater risk of bleeding.

Healthy Habits That Are Known to Lower Cancer Risk

While scientists continue to examine the efficacy of aspirin’s role in cancer treatment and prevention, you can continue following some established good practices known to lower cancer risk. These are as follows:

There's promising evidence, but more research is needed about whether aspirin lowers cancer risk. Talk to your doctor before starting a daily aspirin regimen and ask them about the right dose for you.

For more information on various types of cancers and their treatments, please visit our website –Advanced Cancer Treatment Centers.

4 ways to cope with side-effects of Radiation Therapy