Lung cancer is one of the most common types of cancer in the world, making it a leading cause of death in both men and women for the United States. This is why it is important to know the symptoms of lung cancer, as well as avoiding known causes.

Getting to Know Your Lungs

The lungs are two large, sponge-like organs that are located on both sides of the inner chest. When you breath in, air enters your windpipe, or trachea, where it enters a system of tubular branches called bronchi in your lungs. The bronchi take the air, dividing into smaller and smaller branches until it becomes microscopic. This eventually ends in tiny clusters of air sacs calls alveoli, where the oxygen is absorbed into the blood. The waste product of your blood, known as carbon dioxide, is then sent back though the alveoli, where it is disposed of as you exhale. The lungs are covered by a thin layer of fluid that allow the lungs to move smoothly in the chest every time they expand and contract as you breathe. A thin muscle, called the diaphragm, sits just below the lungs and separates the chest from the abdomen. This muscle moves up and down as you breathe, forcing the air in and out of your lungs.

Now that we know the basics, let’s move on to…

What is Lung Cancer?

Lung cancer occurs when normal cells in your lungs begin to grow out of control. Lung cancer typically begins in the cells that surround and support the bronchi, or in parts like the alveoli. With little to no early symptoms of this disease, lung cancer is usually discovered after the cancer has begun spreading. Lung cancer often spreads to other parts of your body in a process called metastasis. Due to this, many medical organizations are now recommending screenings, especially for individuals with higher risk, such as smokers.

Adenocarcinomas are forms of cancer that being in cells that would normally produce substances like mucus. Adenocarcinomas are typically found in the outer areas of the lungs and are commonly found before the cancer begins to spread.

Squamous cell carcinomas begin in squamous cells, which are thin, flat cells that look somewhat like fish scales. These cells are found in tissues that line and protect body parts, whether that be the surface of the skin, the lining of our hollow organs, and, as we will discuss, the lining of systems such as the digestive and respiratory track. Squamous cell carcinomas are often linked to a history of smoking and tend to be found in the central part of the lungs, near the bronchus.

Large cell (undifferentiated) carcinomas appear anywhere in the lungs. Large cell carcinomas tend to be harder to treat because of how quickly it can grow and spread.

Only around 15% of all lung cancers are considered SCLC. Sometimes referred to as oat cell cancer, SCLC grows and spreads faster than any NSCLC. Almost always beginning in the tiny bronchi and alveoli, SCLC is an aggressive form of cancer that is often not found until it has spread to other areas. SCLC typically responds well to chemotherapy and radiation therapy.

Smoking is NOT the Only Cause

Smoking cigarettes is the leading cause of lung cancer and the more often someone smokes and the earlier they start, the higher the risk of developing lung cancer gets.

While the majority of people know that the number one cause of lung cancer is smoking, there are other risk factors. Exposure to second-hand smoke, asbestos, and radon gas are other high risk factors. Even the place someone works can increase the risk if working somewhere that produces items such as vinyl, gasoline, arsenic, uranium, and coal products. All of these, and more, have shown to greatly increase one’s risk of developing lung cancer due to breathing the air near where these products are produced.

Symptoms, or Lack There Of

Lung cancer has such a high rate of death due to it being so hard to diagnose in the early stages of the disease. When symptoms do appear, they are not linked to lung cancer and written off as something else.

Due to lung cancer being so hard to notice from symptoms alone, it is important that high risk individuals listen to their doctor and get regular screenings when recommended. While it might be a bother to make time to get to a doctor, detecting lung cancer early can literally be the difference between life and death.

The most common techniques for screening are imaging tests, such as chest x-rays, CTs, and MRIs. These tests take detailed pictures of the lungs and can show doctors any unusual growths. Other options include taking a biopsy of any abnormal cells found in the lungs and looking at sputum under a microscope for signs of blood, cancer cells, or other changes in lung DNA.

Lung cancer is often called “The Silent Killer” because of how difficult it is to spot at the early stages. Don’t let yourself become another number! If you believe you may be at risk, talk to your doctor today about screenings. Because the easiest way to cure cancer is early detection!

Helpful gifts for your loved ones with cancer

Holiday or anytime, these gifts will be useful for anyone diagnosed with cancer. Often times, even the smallest gesture will go a long way.... 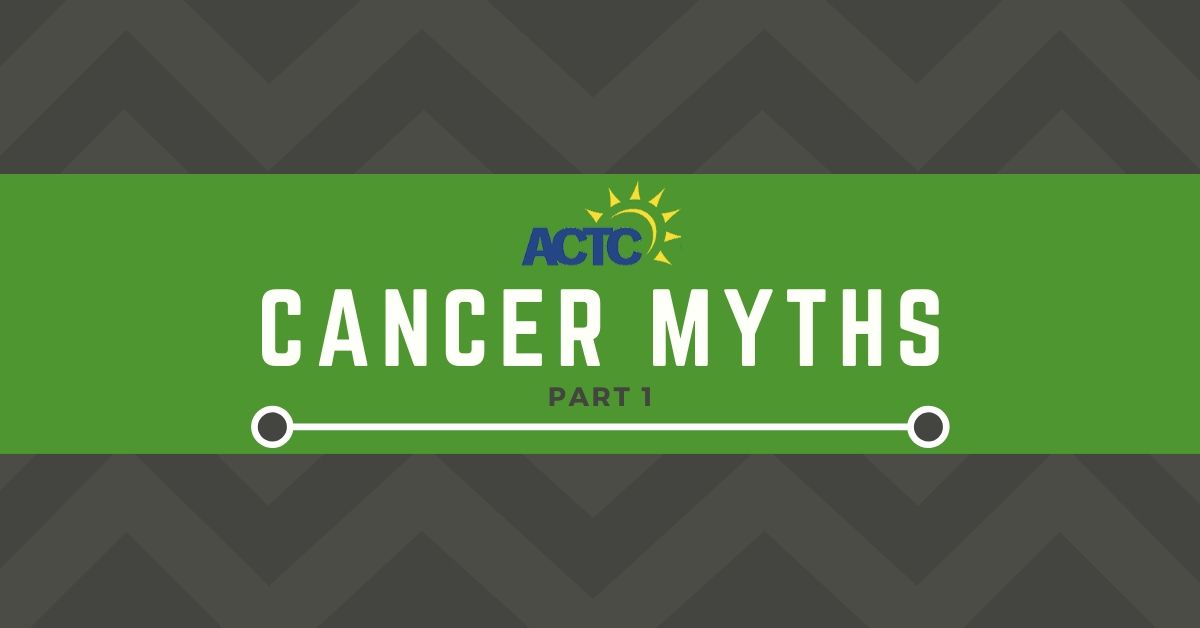 While the internet can provide a wealth of helpful and credible information about cancer and its many treatments, the internet is also full of pages that spread myths and other common misconceptions....

For many people, just hearing the words chemotherapy can bring on emotions of fear and uncertainty. While chemotherapy is a common treatment that the majority of people know of, many don’t understand what chemotherapy actually is....